Download app
Black Friday Deal is Live for all the New Customers! Avail 50% off! Get the deal now!
blogs WhatsApp vs Telegram - What are Your Priority Features or Privacy? 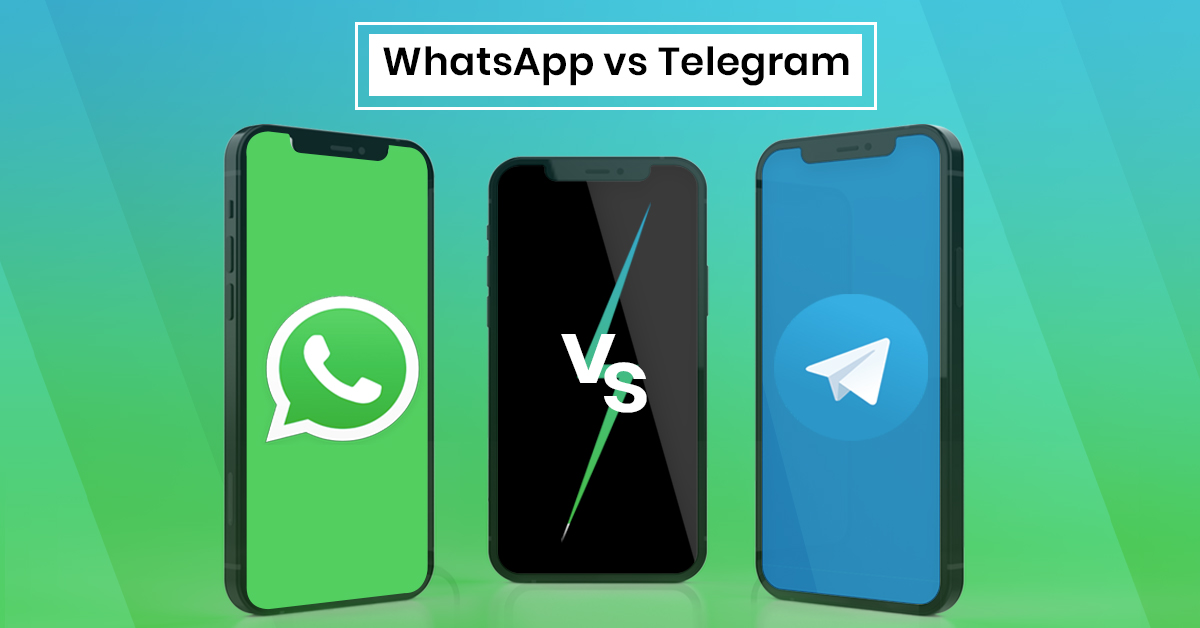 WhatsApp vs Telegram - What are Your Priority Features or Privacy?

Given a choice, if you have to choose the best instant messenger and uninstall the other messengers, what they would be, I believe it has to be WhatsApp vs Telegram because, considering the estimated number of users on the aforementioned respective platforms, other platforms have fewer users comparatively.

There were days when WhatsApp was predominantly used in many countries but due to its privacy policy that was announced in January 2021. As a result, WhatsApp alternatives such as Telegram and other apps gained users heavily. It is no longer an app that is used widely for instant messaging, as other apps started sharing the place.

WhatsApp messenger was launched in 2009 as freeware and since its inception, it showed its hegemony in the market. It was known for its intuitiveness and user-friendly UI.

In February 2014, FaceBook took over WhatsApp paying the US $ 19 billion, which was not only huge compared to its other acquisitions but also is considered a huge acquisition in the world, furtherly it facilitated FaceBook's growth.

In November 2014, WhatsApp partnered with Open Whisper Systems to incorporate the encryption protocol in the process to provide end-to-end encryption.

Telegram was launched in 2013, by Nikolai and Pavel Durov who were also the founders of the Russian online social media named RK.

Telegram data load is distributed across five data centers in different parts of the world, and the operations center is based in Dubai in the United Arab Emirates.

WhatsApp is available for download and uses on every major platform, so you may use it with any operating system.

You can continue your communication by scanning the QR code appeared in the system with your mobile phone. To maintain access, you must keep your phone near the system. You'll be able to check your messages on your mobile simultaneously because the data will be synced instantly.

Your WhatsApp account can only be accessed from one mobile device. When you open it on a different mobile device, you must follow the standard authentication process. For example, after entering your contact number in the alternate device, you must acknowledge the confirmation on your previous device, which will deactivate the account by default on the previous device and activate the account on your current device. Rest assured that your data will be synced, and you will be able to continue communicating as usual.

Telegram allows users to log in to their accounts from several devices at the same time. Users will have to log in using their contact number as their credentials, but your cloud chats will sync instantaneously. However, if your device loses connection, you will lose access to all of your other devices.