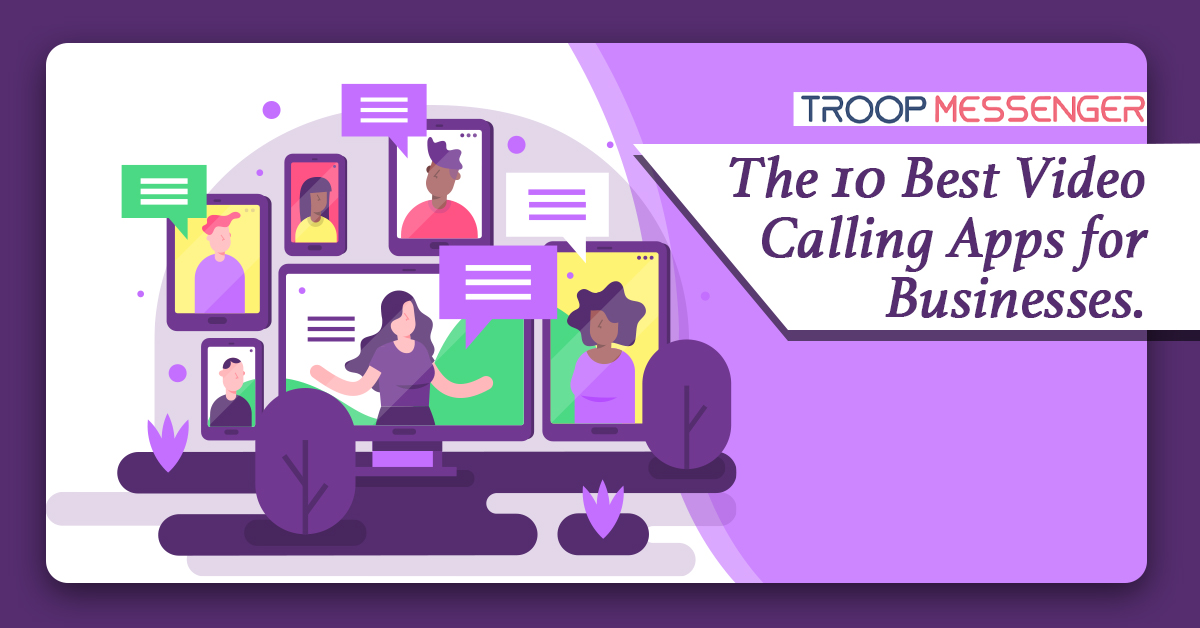 Video calling apps have become an essential part of everyday life, whether personal or business. Everyone, especially during the pandemic, had a strong desire to know the whereabouts of others, which video calls made possible. While some people were evaluating their relatives, friends, etc., health, others were checking their employees' both health and resources to continue with their regular operations while working remotely.

Many companies learned how capable their official chat apps are as a result of the pandemic, and some discovered the need for video calling software and their answering services that their tool couldn't offer since they chose it just because it was popular. As a result, companies had to rely on alternatives such as online video chat apps, and some switched to other chat apps that allowed video calls to maintain their team collaboration.

For your information, experts estimate that by 2025, more than half of the world will have switched to remote work due to its benefits. So, to stay in the game and provide smooth communication to users, clients, and customers, it's high time for every sort of business to adopt the best video calling software.

The following are some of the best video calling apps that may meet your business needs.

Don't think the writer listed Troop Messenger as one of the top 10 video calling apps by mistake; it's a complete team communication tool that you can use to make effective video calls. As a result, it can be referred to as the best video-calling application, the best screen-sharing app, the best remote tool, the best video conferencing software, etc., you name it.

Troop Messenger aims to empower its users by providing the required features so that they don't have to leave the official chat UI to complete their tasks on other tools' UIs, which may affect their work productivity. While some popular chatting apps offer namesake video call options, social chat apps’ video call options may appear to be far superior in terms of quality.

Many businesses were affected by the pandemic, but only those with advanced tools were able to withstand the enforced remote work culture. Because a commonly used chat app or video calling software couldn't suit remote work situations, many clients were forced to rely on numerous tools or switch to alternatives overnight. As a result, when compared to other tools, Troop Messenger shares a significant portion of the graph chat making it one of the best apps for video calling.

Troop Messenger has several advantages as a video calling app.

Troop Messenger is a very secure application, which is why, in addition to software businesses and banks, other sectors such as Defense agencies, government agencies, political parties, healthcare units, and others have opted for it. So, if you are looking for the most secure video chat app with more features likely your search ends here. It's available in a variety of delivery models, including on-premise, chat APIs and SDKs, SaaS, and more. So you're just a few clicks away from downloading one of the few secure video calling apps available.

Although it is not compatible with Android, Windows, Linux, or other platforms, FaceTime is used by a small number of small enterprises and startups, particularly in the United States, for business chat and meetings. It is, however, extremely popular among Apple users, and you can easily switch between video and voice. Perhaps, Apple's reputation persuaded its users to use only FaceTime negating the need to download other video calling applications, or in other words, Apple users don't show interest in other apps for video calling, since FaceTime offers quality service.

Facetime is a free app with no paid options. It's part of the Apple experience, and it's available to everyone with a compatible device or a link. It's also simple and basic, with decent video quality, and the addition of meeting connections and screen sharing greatly improves its functionality.