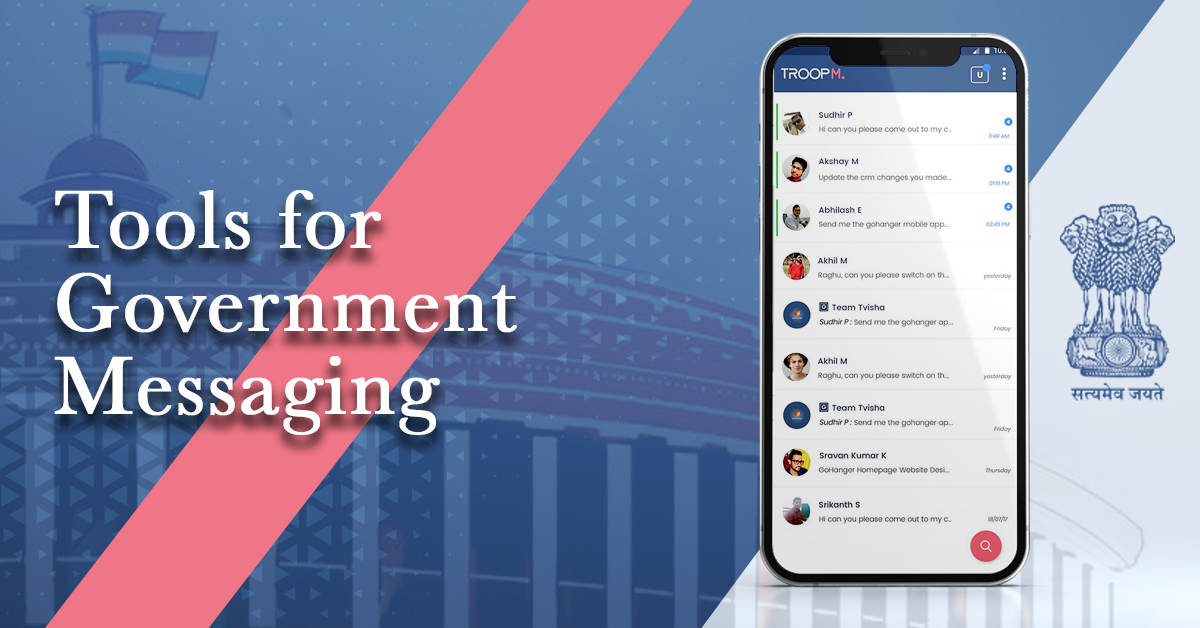 Tools for Government Messaging in 2022

Messaging apps have become part of human life. Individuals, families, and business organizations are looking at advanced messaging software to run their businesses and exchange communication on platforms.

No, the normal and personal messaging apps are mostly limited to holding a large number of people and users on the platform, and their features are limited for government operations. Open-source applications might have a data breach and don't hold accountable for the data breach. There might be a chance for malware attacks where these applications are exclusively available as open-source easily accessible on the internet.

Government is an organization that is formed to govern the state and system. The main goal of the government is to administrate the state through agencies and affairs that are involved in various disciplines.

To exchange the files and information related to government orders, decisions have been dependent on traditional paper files and recently shifted to emails and faxes. However, government agencies and departments are constantly striving to connect and serve citizens. This has frequently meant adopting new technologies as information consumption and exchange become increasingly computerized and digitalized.

To meet new trends, some government agencies are turning to Government messaging apps as an opportunity to exchange information easily and work effectively.

Troop Messenger is a communication and team collaboration software that can work across all government agencies and departments for the exchange of information to enhance coordination, cooperation, and efficiency.

Features available on Troop Messenger are advanced in technology and easy to use as any other messaging app.

How does Troop Messenger work as a Government Messaging App?

Add the entire staff and officers on one platform!

Troop Messenger allows unlimited members as the amount the department and organization have. That also enables the creation of unlimited groups based on needs and projects.

Unlike WhatsApp, on Troop messenger, the user can add regular and guest members as much as the department officials need. Any user can suggest adding a new member from either a citizen or officer from other departments for communication and conversation.

Government collaboration for all agencies and departments!

The government messaging app is supposed to collaborate all levels of staff and administrators on one platform, which is possible on Troop Messenger. Troop Messenger users can take text, voice, and video chats across the platforms. Officials can schedule meetings and conferences from remote locations. The application also supports screen sharing that enables the user to their home screen and tabs to the required members present in the meeting.

The application supports all official Government Messages, orders, and notifications in all formats. The user can have a conversation via text, voice messages, the feature makes applications as a government instant messenger.

Members of the group can have group calls on both voice and video calls.

This Government messaging app supports sharing files, documents, links, videos, and images that can be exchanged in private chats as well as enabling sharing in groups.

Chat area filters option on Troop messenger concedes that type of file to access in a faster way. These chat area filters help you to filter out text files, images, videos separately.

The government departments can upload their department’s logo on the UI of Troop Messenger, letting your staff feel at home. Also, you can set colors to the background of your logo and customize it according to your preferences.

How units are managed by TM-Admin?

The government messaging app is an admin-driven application that the admin can control and create the channels and groups based on location, project, program, and service needed by the government.

Administrators can Create the Master Units based on department and day-to-day operation.
The admin can create unlimited units based on location, department, operation which are for a special cause. Each unit is created for the government by Location, Department, and Designation accordingly.

The government servants and staff in the administration office can get transferred to other locations and reassign them from one unit to another based on the aspects of their place, project, department, and other reasons.

The government might be dealing with various departments such as educational institutions, hospitals, Banks, Police, revenue, parliamentary affairs, public relations, industries, and others.
The Civil servants and the staff can be transferred to any location and department, in such a case, the primary home unit is the unit where the officer serves! They will have department staff and below cadre and members here in one unit.

Any member in a unit can initiate one-to-one chat, be invited to group conversations, have 1:1 or group audio-video calls, etc. With the users of the same unit directly, without any special request for authorization to have a conversation with the members of the same unit. Troop Messenger has allowed admins or members of one unit to reach other departments of which they are not part but are required to approach and coordinate for the government and mutual interest between departments.

Global Unit aids the Troop Messenger user to chat with other government agencies/units/departments. But, unlike home units, the user is not directly allowed to have chat or join in meetings without authentication approved by the other unit member. The foreign unit user needs to request access, the conversation is possible only after it gets approval from the admin of the global unit. The employees can revoke the request by themselves or by removing it once they feel it is no longer required. The user can find all the received and sent authorization requests from the global units tab.

Air Time group intended to pass the order, Government message, and notices from higher officials and have admin access to the Government messaging app. It is a one-way chat group, meaning the admin alone can send messages to other members of the group.

It is a kind of broadcasting channel where the information comes from one end and is notified to all members.

Quick responsive panel stores the last 30 URLs, text files, images, videos, contacts, code snippets, canned, and all recent conversations in it. The panel helps the user pick and share quickly across intended groups and individual users while sending a new message. The user can enable QRP settings from their end. In case of emergency and repetitive tasks, the user can set it at their end.

Official announcements and conversations must be in the right format and have a comprehensive script. In the view of the user, the edit option on messaging app is one of the required options for several formal and informal conversations on chatbots. Edit option on Troop Messenger enables the user to edit the sent messages within five minutes. An edited message can also be edited unlimited times within the time limit. The edited messages are viewed with a pen marker. Edit feature shown on the chat right-click menu, the option shown along with other features such as delete, recall, copy, forward, and other.

Read Receipts tagged and read recipient acknowledgment feature; Troop Messenger to make the sender understand the message that has been sent across individuals/groups seen by the respondent.
The recipient for whom the Government message is tagged has to acknowledge the message by clicking on the Read Receipts icon. The icon then turns into solid blue at both the receiver's/ sender’s end, the sign of color is to understand that the receiver has acknowledged the message.

All read receipts messages can be found by using the advanced filter option on the menu.

Flagging is an option to flag a message that you have sent/received that is considered as important. Those can easily filter and find the flagged messages from the chat area.

Users can find the feature, Flag in the message right-click menu to flag the selected message.

Important messages can be reminded and recognized by flagging.

Higher officials very often participate in meetings and have field visits or maybe on some other program; they may not respond immediately to messages even if their response is necessary concerning the urgency and aid. In certain cases, the user can use ‘Respond Later’. The feature can be found with dotted red-colored circles tagged to the message.

The color on the messages will be cleared once the respondent gives a response to the message or can be removed manually.

Fork out aids the user to share the information to many selected individuals, groups without creating a special group to convey the Government message or content.

The whole business and operation of government agencies must be protected from cyber and malware attacks, its data must be protected as long as it is stored in the cloud. The data become vulnerable when the employees work on the internet and use unauthorized applications on their platform. To prevent such attacks Troop Messenger provides various security protocols.

The application is also available as SasS, an on-premise chat solution for companies who want to keep the data and whole process in their environment. The one-premise solution shall prevent malware attacks and the data will be stored in the company’s database.

Troop Messenger is also available as a chat API and real-time messaging API for all government and business organizations. The parties can integrate the APIs into their mobile app and websites.

Government is the protector of the citizens and serves the public by bringing programs. Troop Messenger can become the best government messaging app with advanced and secured features to aid all government departments and servants relentlessly. 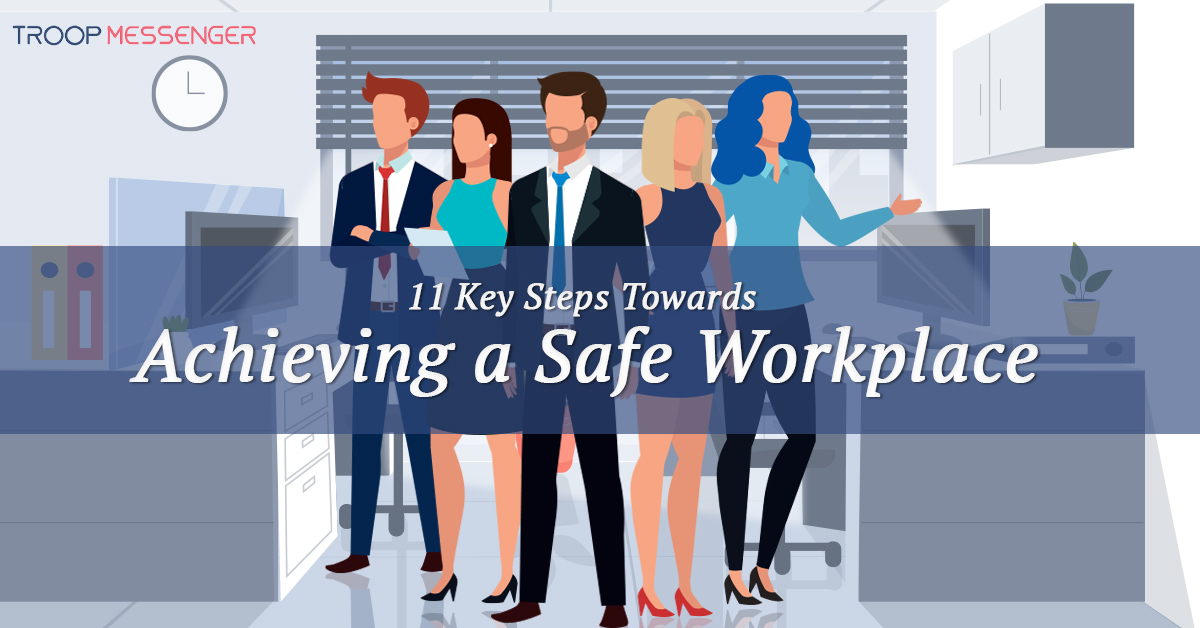 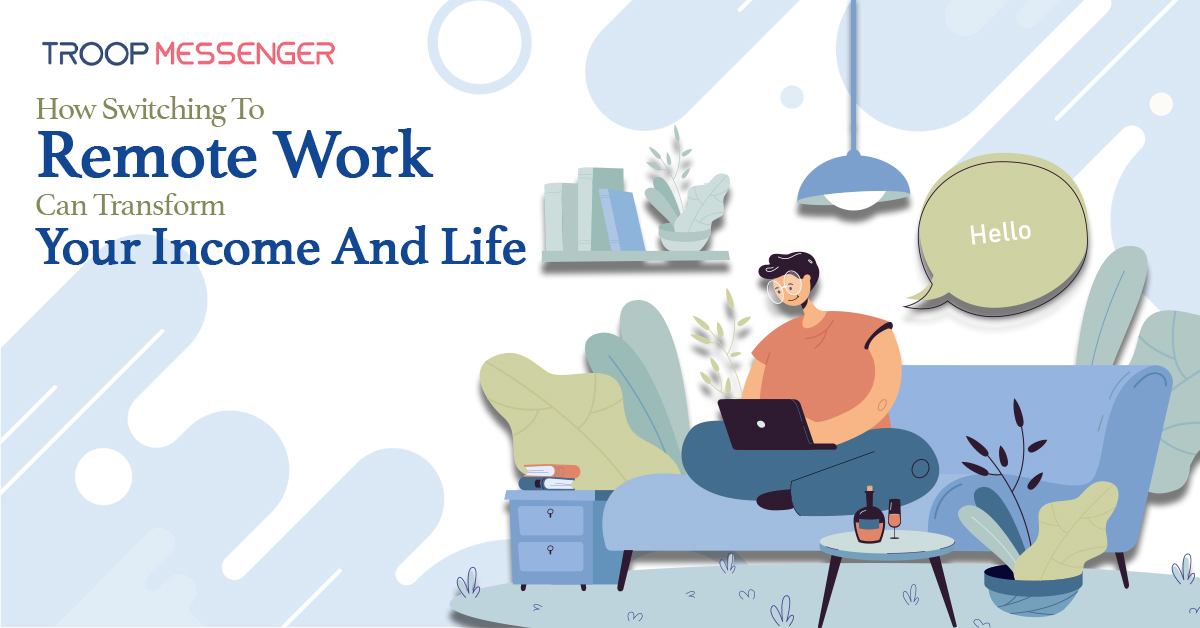 How Switching To Remote Work Can Transform Your Income And Life? 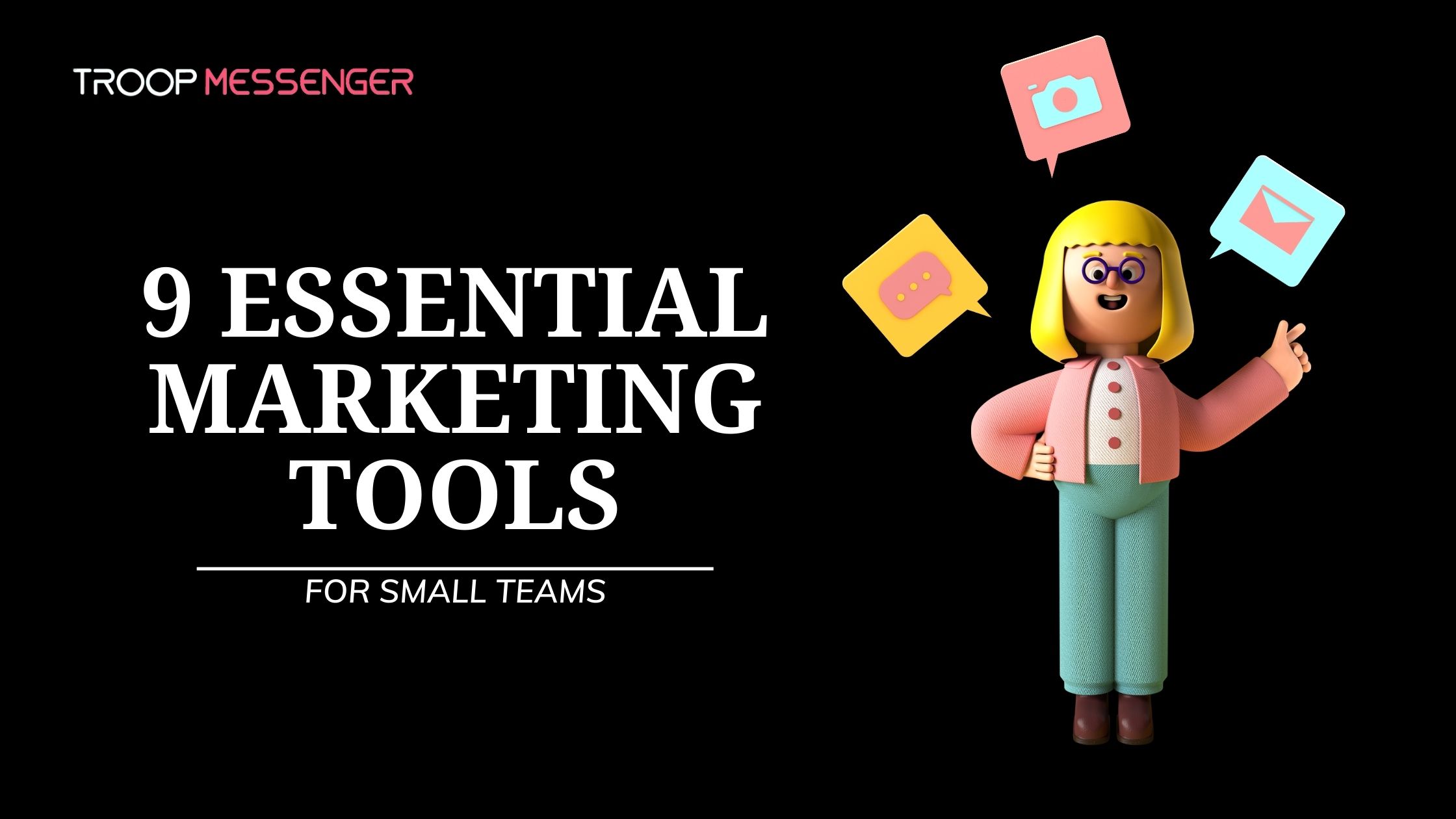