Download app
blogs Which is a Better Option: TeamSpeak vs Discord? 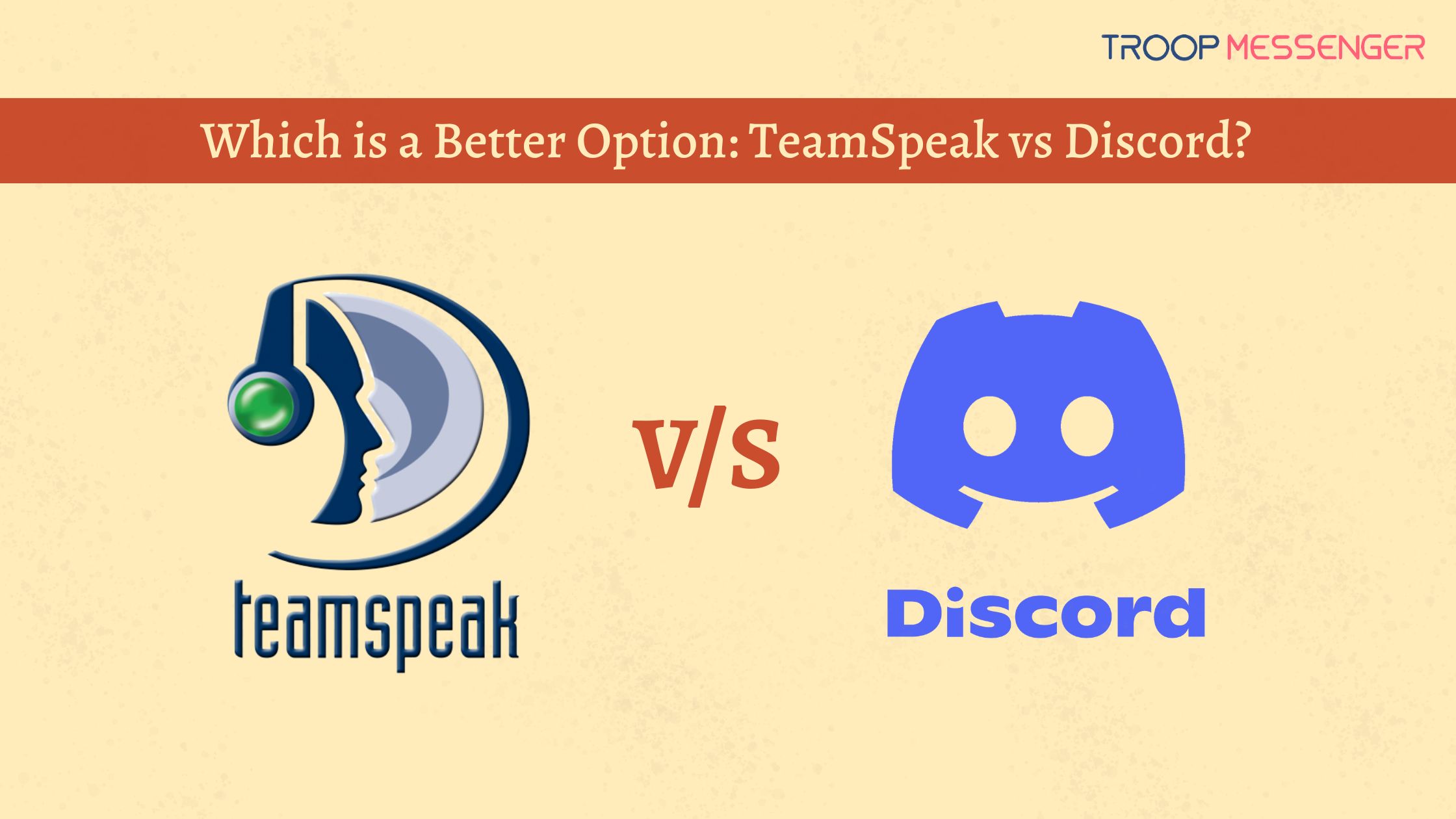 Which is a Better Option: TeamSpeak vs Discord?

Are you having trouble deciding between TeamSpeak vs Discord as the best platform? Then this blog is for you since it will help you make an informed selection.

The development of games, from the release of the first arcade game in 1972 to the recent launch of cloud games from Microsoft, Amazon, Nvidia, and Google, is quite impressive. Unless it's a puzzle or a little fun, no gaming company would consider releasing a game without making it compatible with chatting apps or offering in-game chats.

The comparison of TeamSpeak vs Discord is provided for you to consider your options and choose the better option thoroughly. Despite what preceded, you don't have to be a gamer to read this comparison because several non-gamers are also divided between Discord vs TeamSpeak.

As with a phone conference call, TeamSpeak is a proprietary Voice-Over-Internet-Protocol (VoIP) application for audio communication between users on a chat channel. The client program establishes a connection to the user's preferred TeamSpeak server, allowing them to access chat channels. Most users pair a microphone and headphones.

Gamers are the intended market for TeamSpeak, which they can use to interact with other players on their team in a multiplayer video game. TeamSpeak supports Windows, iOS, macOS, Android, and Linux.

Discord is an instant messaging software and a social platform for VoIP. Users can communicate via audio/ video calls, text messages, media files, and private chats; nevertheless, Discord screen share is widely prevalent among gamers and a few small businesses that use it as their team communication tool.

Unlike other virtual group chats, Discord groups are known as "servers." An assortment of voice and chat channels accessible through invite links make up a server. Linux, Windows, macOS, Android, iOS, and web browsers are all supported by Discord. It is said that more than 350 million users have signed up for the program as of 2021, and more than 100 million users utilize it every month.

TeamSpeak may not be as user-friendly as Discord, but definitely, it is not complicated as other sites suggest. It lacks automatic server connection and automatic bookmarking despite its many valuable features. You can maintain others' contact details and send them direct messages on its Contacts tab.

If some user reviews are taken into account, the Discord user interface resembles a hybrid of Skype and Slack. It is accessible through desktop, mobile, and web applications. Discord users can build their own servers and use them to host secret, password-protected, or public channels.

For maintaining your contacts, messaging, or setting up personal audio and video conversations, it offers a "Friends" system.
You may easily join any server or community by clicking on the invite link issued to you by your friend, YouTuber, blogger, etc.

Teamspeak is a great application for video game players to use as a voice chat program. So, if you only need to use VoIP for voice and text chats, TeamSpeak is the best option.

Teamspeak is primarily set up and developed for audio rather than text chats. However, it allows users to send text messages to the server and specific users in place of voice chats.

In addition to Opus, TeamSpeak uses the CELT and Speex audio codecs. However, Opus has primarily replaced, absorbed, and surpassed CELT and Speed in recent years. But if you've had a slower connection, some users might appreciate the flexibility that TeamSpeak offers by allowing you to select the codec.

On the other hand, Discord is the way to go if you require anything more. You can converse through text messages, audio chats, and video chats. The main benefit is that you may use two channels simultaneously, one for text messaging and the other for audio conversation, making sharing images and video recordings simple.

The Discord codec is the widely used Opus codec compatible with all bitrates and bandwidths. This flexibility is normally considered to offer the best sound quality. Few small businesses have also chosen Discord as their primary means of communication because it eliminates the need for video-calling or screen-sharing app alternatives.

TeamSpeak stands out as the audio quality victor in the contest between TeamSpeak vs Discord, while Discord comfortably outperforms TeamSpeak in terms of features.