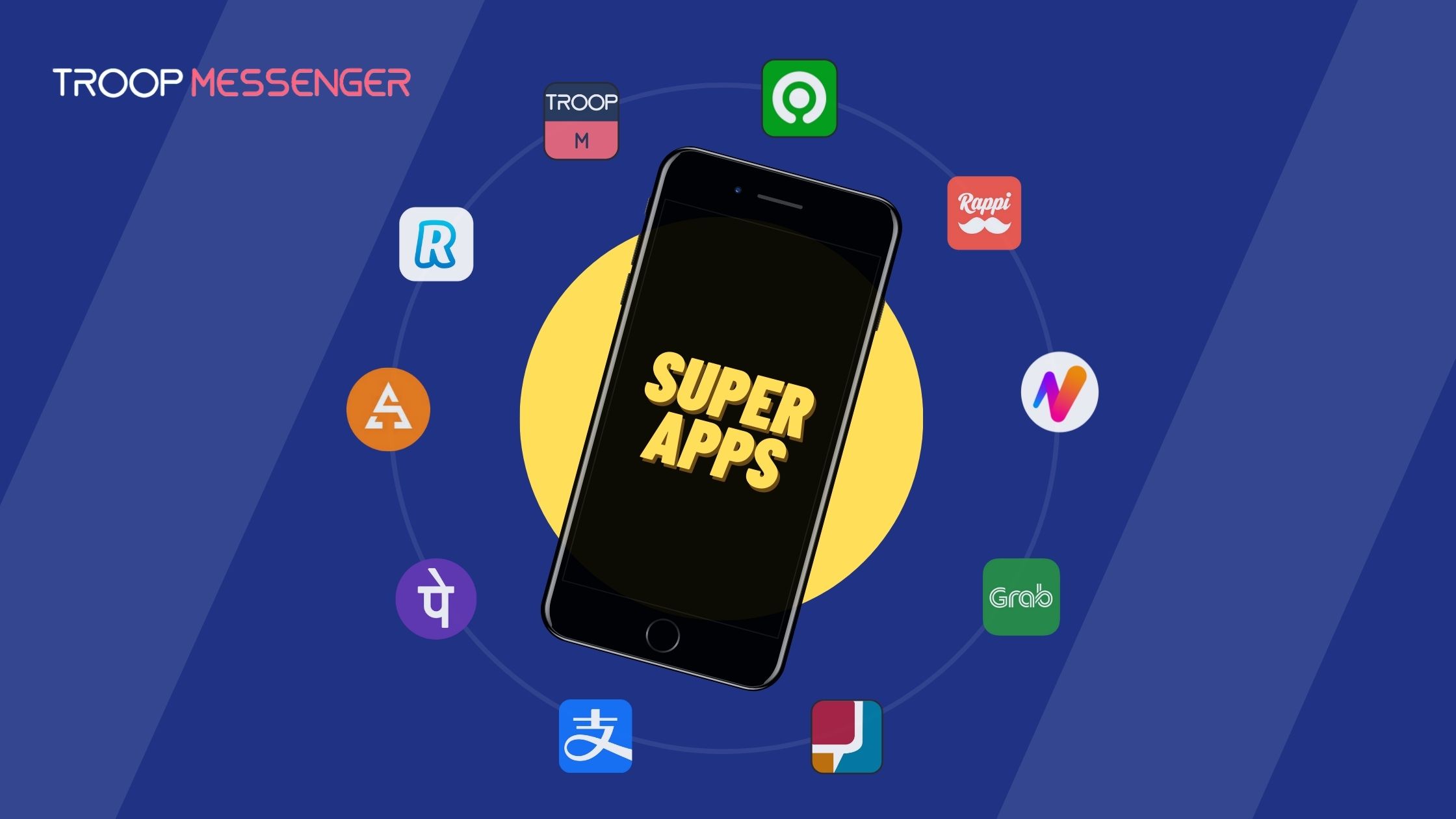 10 Super Apps That Will Dominate The World in 2022

We are living in a world where everyone has their own pace but when it comes to the digital world we have to abide by its pace, otherwise, we may become obsolete, and ‘super apps’ are the current evolution version.

I will not be shocked if people in the future refer to us as the "digital age" rather than referring to the "generation" since Mankind will most likely continue to evolve at a rapid pace. The digital age stages will be measured based on new gadgets, software, and apps like super apps, just as the generations are counted based on time.

Mankind long prided itself on claiming to be achievers, yet from time to time, the same Mankind has witnessed significant evolution, which did include sad events. So, we've just been through a couple of the checkpoints, the finish line is still a long way from achieving the ceaseless evolution. With that stated, no matter what lies ahead, humanity has always dared to dream greater and upgrade itself from the day before as we pass through each checkpoint. The new checkpoint is 'super apps,' which has prompted a few corporations to create new super apps.

What is Super App?

A super app, superapp, or super-app is an all-in-one mobile app design solution, where you can find all the apps which assemble your daily activities. It handles all of a user's requirements in one spot. Super App eliminates the need to download various programs to accomplish different tasks. Super apps range from simple social networking to shopping to banking.

Instead of multiple watery apps, you discover a single ecosystem with transactional capacity and the last mile that arrives at your front door.

Alibaba Group and its founder Jack Ma launched a Super App named Alipay, as a third-party mobile and online payment platform, in Hangzhou, China, in February 2004. Alipay relocated its headquarters to Pudong, Shanghai, in 2015.

This payment app is affiliated with China’s e-commerce Alibaba and offers a bunch of other features for finance management, shopping, and service orders. Alipay users will have the privilege order shopping online, food from restaurants, getting discounts, and sending recommendations to friends within a single platform.

Alipay's 450 million users trust the company's services, which include sending, receiving, and spending money, managing finances, choosing an appropriate insurance scheme, hailing a cab, and even ordering food from a favorite restaurant.

Omni is one of Central America's first and fastest-growing super apps, having launched in 2019. Omni, based in Costa Rica, has seen rapid growth as a platform for ride-hailing, bike-sharing, finance, and healthcare services, providing customers with access to a wide range of services at their fingertips.

This Super App claims to have created the region's first super-app, with David Luza Echeverria, Executive Assistant at Omni, stating, "It is a business model we imported from Singapore, expressly with Grab in mind, which is one of the popular Singaporean super apps."

The technology lag in Central America aided the rise of the super apps, which Omni recognized as an opportunity and released at the proper moment, resulting in the anticipated success. With 500,000 downloads in less than a year since its inception in 2019, Omni has ascended to be the most downloaded app in Costa Rica's Google Play store.

Omni CEO Nayid Aguilar stated, "Omni has been able to accomplish quick growth by listening to its increasingly huge user base and attempting to understand their wants and concerns. When we first introduced the ride-hailing service, all transactions in the app increased by about 200 percent, and we received over 100,000 downloads in just a week."

Nikolay Storonsky of Russia and Vlad Yatsenko of Ukraine founded Revolut on July 1, 2015. The startup was founded in Canary Wharf, London's Level39 financial technology incubator. It is a banking technology company based in the United Kingdom.

To put it another way, Revolut developed an app that is one of the few financial super apps used worldwide, which helps individuals make better financial decisions and it was the first of its kind around the globe. Revolut began in the United Kingdom in 2015, facilitating money transfers and exchanges. Customers utilize dozens of Revolut's innovative products to make over 150 million transactions per month, according to the company.

Revolut employs a policy to assist its customers in improving their financial health, giving them more power, and seamlessly connecting people all over the world.

You can think of PhonePe as the finest alternative to Paytm. This super mobile app is known for digital payments and financial technologies. This Super App was founded in December 2015 and is headquartered in Bengaluru, Karnataka, India.

With over 100 million downloads, PhonePe is one of the most popular Indian super apps. According to its loyal user base, it is the fastest and safest UPI (Unified Payment Interface) app. Users can use sponsored links to recharge their phones, pay for OTT subscriptions, insurance, and order clothes and food. Although PhonePe does not link with social media apps, it does offer instant messaging to communicate with other members.