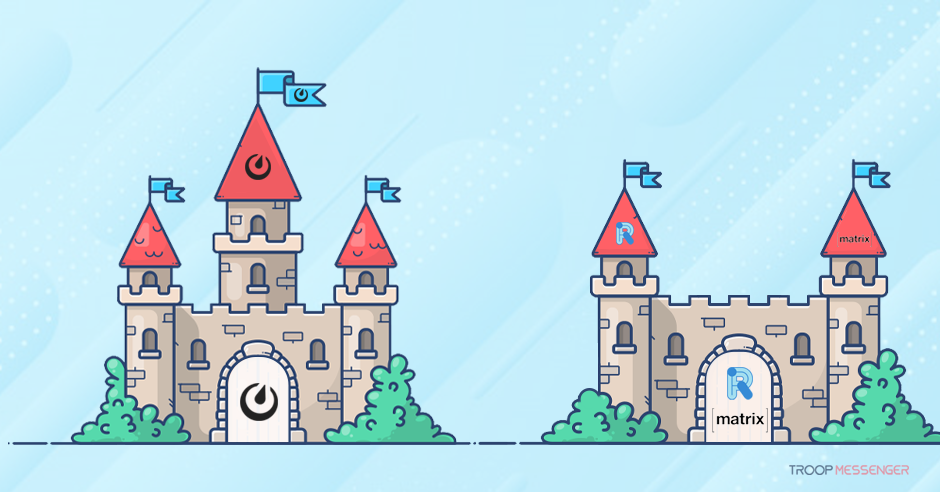 MatterMost or Riot/Matrix: Which office messaging platform will make your Collaboration Game stronger

- World’s leading companies are using either Mattermost, Riot, or Matrix to give their teams the ‘best-ever’ virtual workplace experience.

While these companies are on three different messaging platforms, with different requirements, they have one thing in common - they all understand the importance of having a virtual workplace where all employees and stakeholders can communicate and collaborate, irrespective of the differences in time zone and location.

Along with these renowned names, 97% of businessmen and executives believe that the lack of communication within a team negatively influences the outcome of a project.

These statistics are a testimony to the fact that getting communication right can easily be a make or break factor for businesses, especially for virtual teams that rely on in-depth communication style.

In a virtual business, relationships can be strained where communication happens primarily over electronic devices and the internet. The better you communicate, the better and more cohesive will be the end-projects.

Conventional forms of e-communication like email or Whatsapp fail to cut it as people are spread out further afield. And that’s where we realize the immediate need for messaging platforms like Riot-Matrix and Mattermost - office chat applications specifically designed to meet the collaboration needs of teams working remotely.

A bit about Matrix

Three keywords define Matrix: Interoperable systems, Real-time Communication, and Decentralised collaboration. As an open standard team chats application, the matrix is known for robust specifications that have the potential of evolving the concept of modern communication.

A bit about Riot

Riot is a Matrix client that was built with an emphasis on usability and performance. Built on top of Matrix-react-sdk, this open-source tool allows teams to bridge beyond their borders.

Uber, Samsung, United States Armed Forces, TADHack, W3F, and UpCloud
With Riot, you don’t have to juggle between different applications for communicating with different vendors, teams, suppliers, and networks. It bridges various services like IRC and Slack, and thus people using different tools can chat with you, while you use integrations and bots from the open-source Matrix ecosystem.

Here also, you are in complete control of shared messages, documents, files, and sensitive data, and private conservations are end-to-end encrypted so that you never have to compromise with your teams/businesses’ privacy.

A bit about Mattermost

As a self-hosted Slack Alternative, Mattermost is a flexible messaging platform that enables highly secure team communication and collaboration. With Mattermost you can deploy faster by connecting files, people, and systems with workflow. The centralized DevOps communication platform can be used for secure integration with popular DevOps tools like bots, Git, CI, and CD. Here is the Full detail on Mattermost Vs Slack

Many of the global companies like Uber are working better with Mattermost by connective tools, people, and automation across millions of users. This exclusive team chat app is employed for enterprise-grade security, scalability, and availability - all of which helps the team members and employees to work seamlessly with complaint systems and mobile security.

Why are we comparing Matrix, Riot, and Mattermost?

If you’ve read Troop Messenger blog before, you know how we’ve always been curious about our rivals. Exploring rival apps and similar team collaboration software helps us analyze office collaboration needs from a customer’s perspective. An unbiased analysis of our competitors leads us towards designing a better tool for our end-users - Troop Messenger- a better, cleaner and more user-friendly chat alternative. Recently, we did an in-depth analysis of Rocket Chat and Zulip. This time we would like to focus on the well-known Mattermost, Riot, and Matrix.

Let’s dig deeper into comparing these office communication platforms and review what’s the big deal about them. To help you with the decision to choose among Matrix, Riot, and Mattermost, you should know the key differences to using this new infrastructure:

With Matrix, you can create an open collaboration platform that is vibrant, independent, and continuously evolving. It maintains a complete conversation history and features end-to-end encryption of chats that are synchronized across all devices.

Riot is more than a simple chat platform and makes for a perfect team chat app whether you’re a team, community, or a family. Whether you want to stay visible for attracting more members or stay flexible enough to gather users across different apps and entities, Riot is a good choice. Here, you can create private communities for grouping your rooms and filtering them.

Mattermost is unarguably one of the fastest-growing messaging platforms designed for DevOps. Uber and the US army uses Mattermost for handling over 70,000 simultaneous users who send around hundreds of messages every second. With a highly available setup, you can avoid outages and track your system health with various performance monitoring tools.

With the advent of WebRTC, Matrix developers acquired the ability to create a robust platform for exchanging high-quality video and voice calling. If you want to build VoIP into your application or have a wish to expose your current VoIP application to a wide audience, then building on SDK Matrix and bridges should be no brainer.

Matriz is a decentralized conversation store instead of being a messaging protocol. Hence, once you send a Matrix message, it is replicated over all servers and sent among servers participating in a given conversation.

With Riot, you can make one-touch video calls, voice calls, and send audio notes on all platforms. The audio quality is decent enough for workplace communication.

Matrix is definitely the boss when it comes to integration. With bridges, bots, and Widgets, there’s a lot that can be done. Where Bridges link discussions across various networks, Widgets embed the third-party tools in the chatbox, and Bots interact with third-party apps directly from the chat.

Same as Matrix, Riot also allows interaction with other applications and services directly from your rooms. Since Riot is built of Matrix, anyone can easily and effortlessly develop their own integrations as well.

When it comes to integration, Mattermost definitely rules. The powerful integration features can facilitate the teams to work faster and do more within a single platform.

Matrix’s security is strengthened with the Double Ratchet Algorithm that’s made effective by Signal and extended to support the encryption to matrix rooms that contain hundreds of devices.

If you are using Riot for team communication, be sure that no one else can peek into or eavesdrop on your conversations. Even the server admins cannot access chat since it uses the best end-to-end encryption available.

Mattermost clients have the freedom to keep complete control over their data. From e-compliance reporting to enforce multi-factor authentication, Mattermost guarantees security in the best manner possible:

By registering an account on matrix.org, you can use Matrix for free, which is maintained by a non-profit Matrix.org Foundation.

Matrix and Riot are the perfect choices if your employees need to communicate with vendors or stakeholders using chat apps other than Matrix (Slack, Trello, etc.) They can literally communicate with them without being forced to install the same application.

Mattermost’s self-hosted platform offers unmatched control over data, legal compliance, and privacy. If data control is your teams’ priority, Mattermost must be the solution, for it provides full access to source codes, libraries, and server APIs, without any monitoring by a third-party tool.

While Riot, Matrix, and Mattermost offer efficiency and agility through modern communication, Troop Messenger can provide additional internal security with features like ‘Finger Print Access’ and ‘Passcode Security Pin.’
Troop Messenger can be a good pick if you prefer an easy to understand messaging platform with simple navigation.

When intellectual minds, with brilliant ambitions, work towards a common goal, great things are bound to happen. But, no great thing is achieved without a team effort, and for an effective team effort, office collaboration tools are an indispensable component.

With the right tools, employees and team members are able to complement each other’s weaknesses, strengths, and ultimately become unstoppable! Not only are these tools designed to reduce needs for extraneous meetings but also for providing faster access to media, files, and documents to make communication efficient.

If you too have given a thought about adopting a team communication platform, I’m sure you’ve already considered collaboration giants like Slack, HipChat, and Skype. All three of these platforms have been the biggest players in the office collaboration field, and with great reasons - similar functions with quirky differences.

We’ve all been loyalists to Slack, and to some extent, Skype as well, but this winter Let’s try Riot, Matrix and Mattermost and see what might be different. It’s always great to change things once in a while! 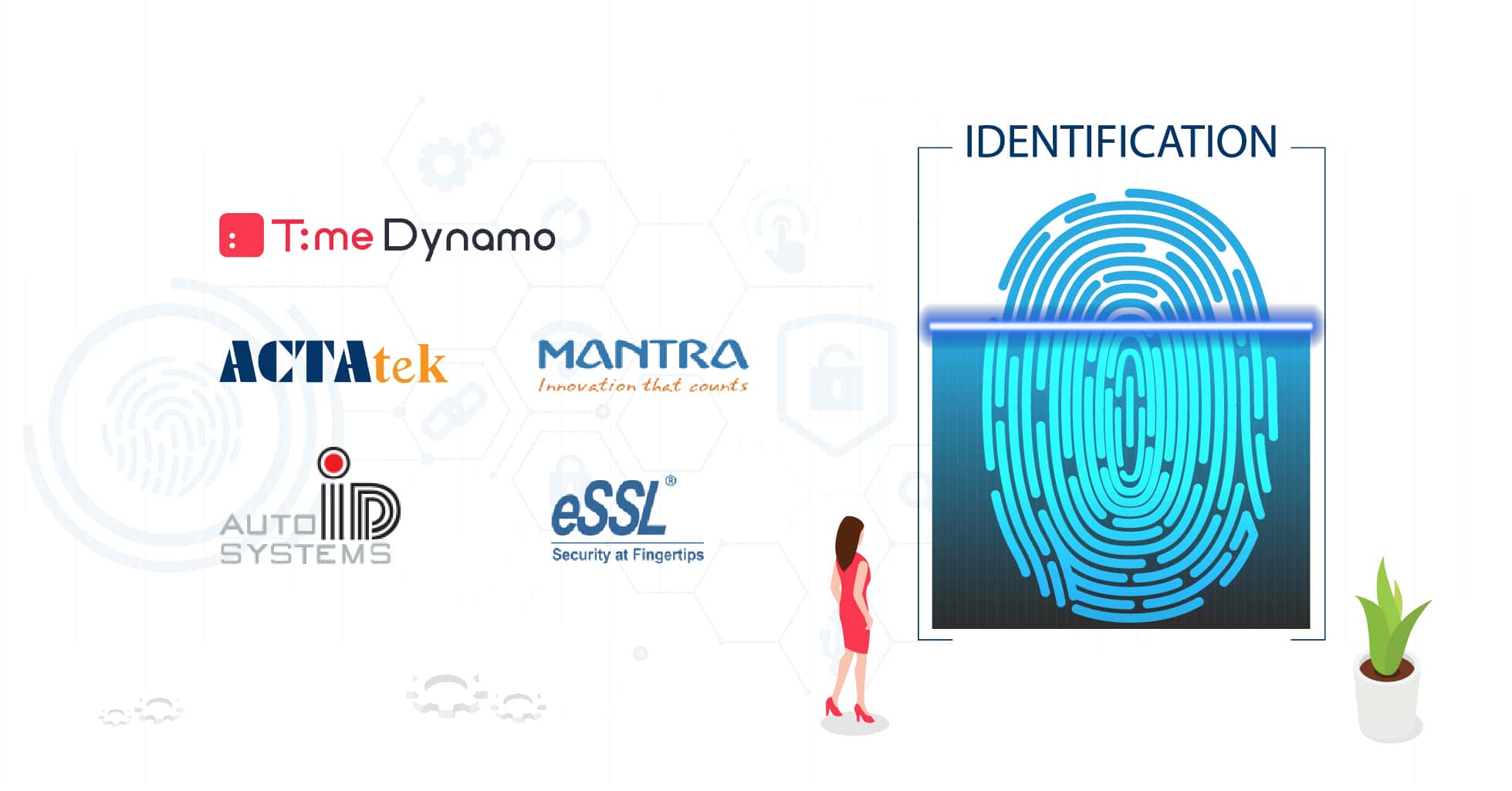 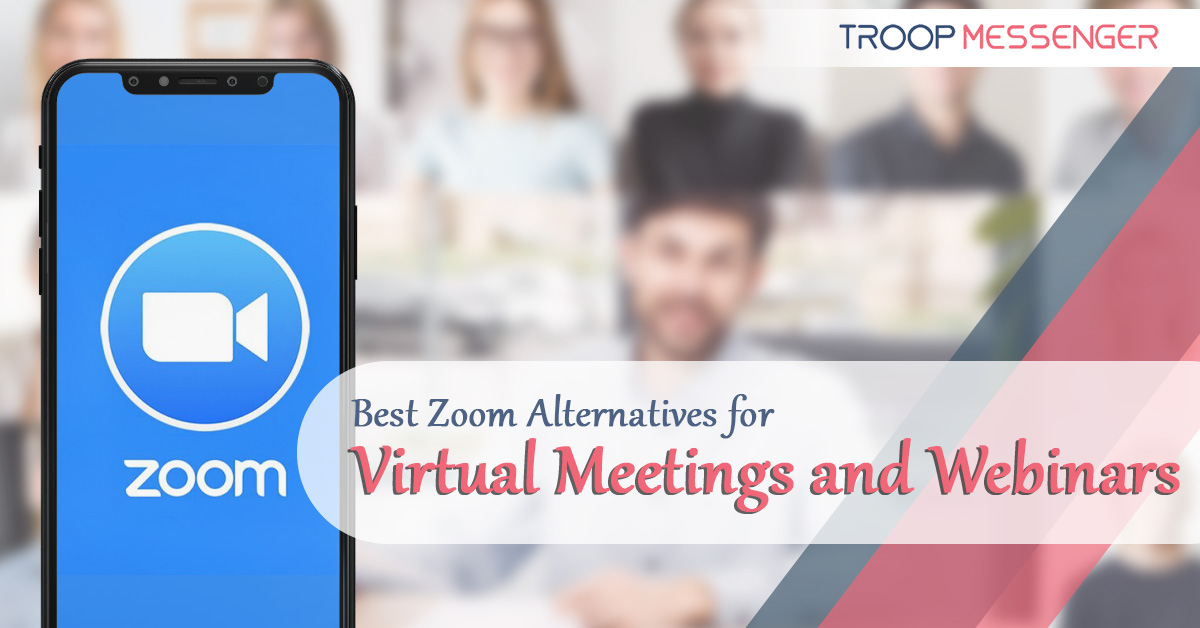 13 Best Zoom Alternatives for Virtual Meetings and Webinars in 2022 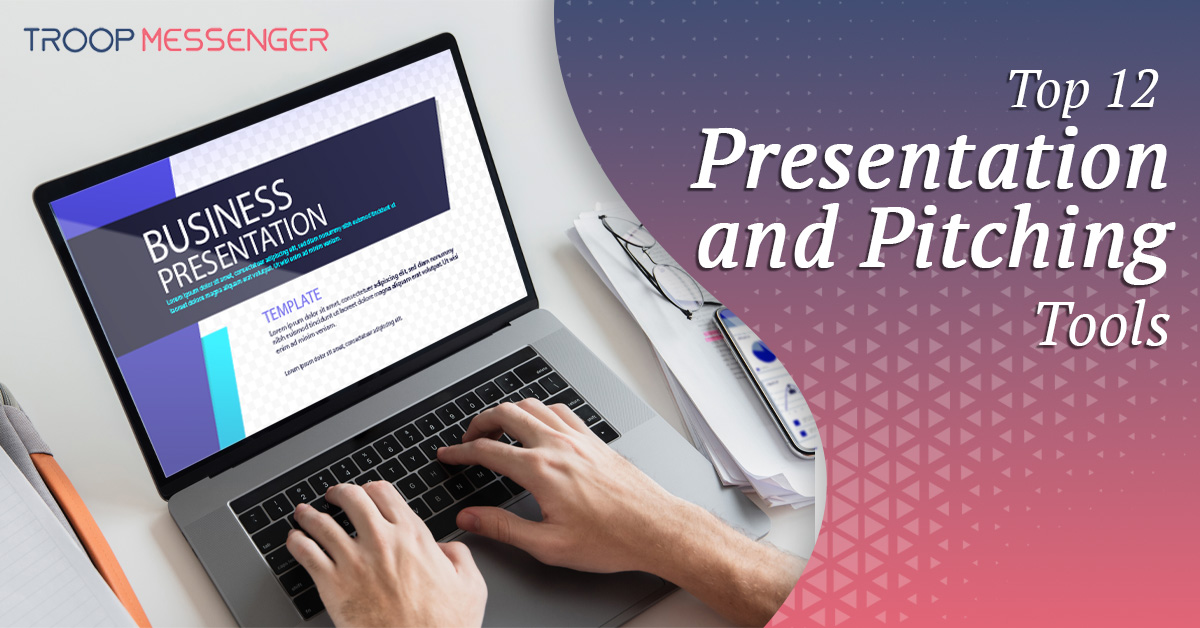